Archaeologists have discovered the world’s oldest known industrial-scale brewery.  The brewery was an ancient complex with the capacity to produce enough beer to serve thousands of people in a single batch.  The team of American and Egyptian archaeologists, who discovered the facility while excavating at the site of Abydos in southern Egypt, date the brewery to the dawn of ancient Egypt, circa 3000 BC.

These Handouts are the same level as “World’s Oldest Brewery Found in Egypt“. EnvironmentTechnology
The European Commission has announced plans to force electronics manufacturers to fit a common USB-C charging port on their devices.  “Chargers power all our most essential electronic devices.  With more…

COVID-19 is Changing the English Language CultureHealthTechnology
In April of 2020, the editors of the Oxford English Dictionary released updates in order to document the impact of the COVID-19 pandemic on the English language.  These include ‘maskne’,… Culture
Archaeologists in Egypt have unearthed at least 100 well-preserved ancient coffins, some containing mummies, and 40 statues in a vast pharaonic necropolis (a cemetery of the time of the pharaohs)…

Lifestyle
A decade-long search for a treasure hidden deep in the Rocky Mountains that led to multiple people’s deaths is over, the man who hid the treasure announced.  Forrest Fenn, a New Mexican… Environment
Greta Thunberg became famous in 2018 when, at age 15, she started protesting outside the Swedish Parliament holding a sign that said, in Swedish, ‘School Strike for The Climate’. Due… 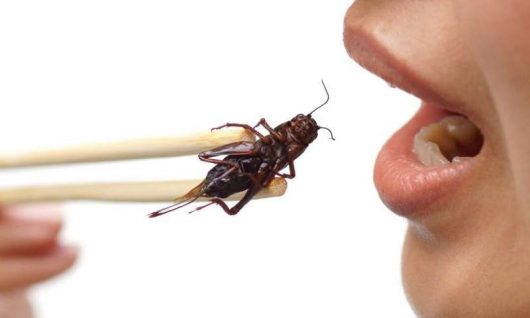 EnvironmentHealth
Since June 2019, food scientist Leah Bessa and her partners have been operating a pop-up bug restaurant called The Insect Experience – believed to be South Africa’s first all-insect restaurant.… TechnologyLifestyle
In October the Japanese government increased consumption tax from 8% to 10%, at the same time, they started a scheme to promote the use of cashless payments. Cashless payments include…