Previous
Reading Large Numbers
Next
Scheduling and the 24-hour Clock This handout has 30 different sentence and question cards that may or may not include a mistake. Mistakes are related to verb tense, prepositions, phrasal verbs, articles, punctuation, conditionals, comparatives, infinitives, and gerunds. Use as many cards as you like; for an entire lesson or short time filler.

Examples of mistakes in this Handout
Mistake: Traveling by train is more cheaper than traveling by plane.
The comparative form of the adjective cheap is cheaper.

Mistake: We usually drive to home.
Most verbs expressing direction require a preposition such as ‘to’ before the noun, but not when the noun is ‘home’.

Mistake: I bought a scarf yesterday. A scarf is red.
After an object is introduced it is subsequently referred to as ‘the object’.

These Handouts are the same level as “Spot the Mistakes (Elementary)“.

Watching the World Cup is better on TV

What time is it? Daily lifePeople and places
Students are introduced to common shops/stores in their town or neighborhood and how to quantify singular and plural nouns/objects with a/an and some. Vocabulary reviewed in this Handout a pharmacy/a…

I have an apple and some oranges 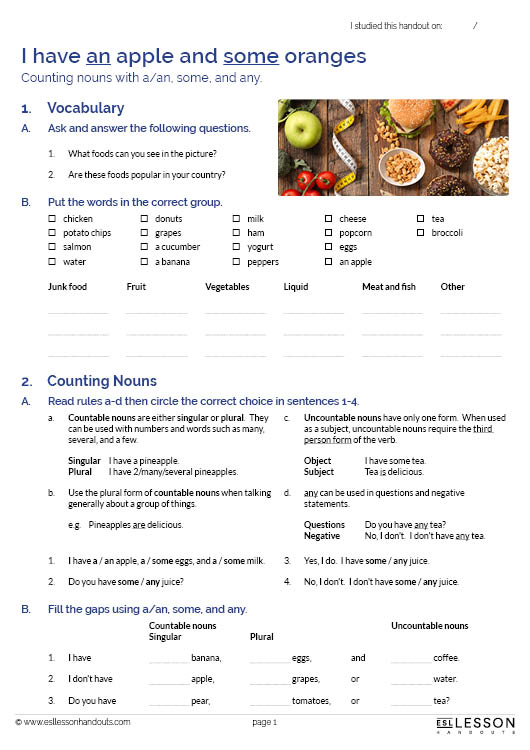 Daily lifeFood and restaurants
Students often struggle using articles and quantifying words. Students will understand how to use a/an, some, and any before countable and uncountable (non-count) nouns with a focus on food. A… BusinessDaily lifeWork
Asking and answering questions about working and your work week. What do you do on public transportation? How old were you when you got your first job? At what age…

Let’s Go to a Museum People and placesTravel
Asking and answering questions about museums, art, and exhibitions. Who are some famous artists in your country? What kind of art do they do? Most museums don’t allow recording devices.…

Talking about your last Holiday 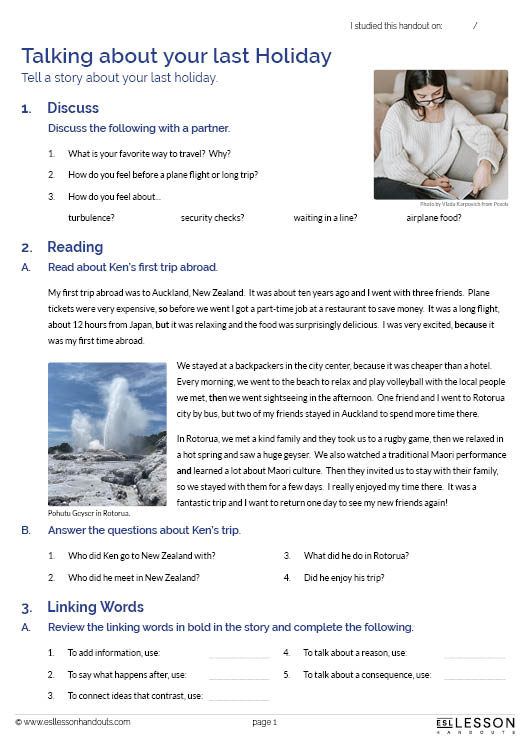 People and placesTravel
Students read about a trip abroad and interview each other about their last holidays. Students will be able to use linking words (and, so, but, because, and then) to write…

Question Cards (What am I?) Class essentials
What am I? is an excellent way for students to practice asking simple questions. This activity is great as an ice breaker at the start of a lesson or for… 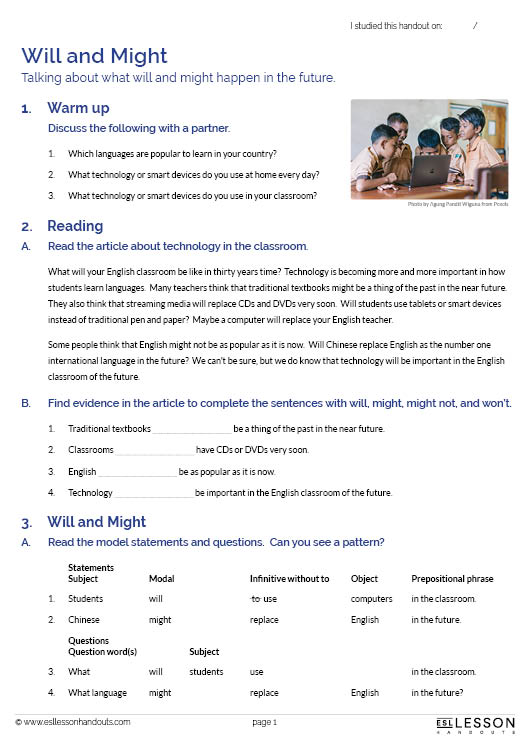 Students review language used to talk about possibility and certainty and to make future predictions. Students will be able to speak about possibilities in their future using the modal verbs… 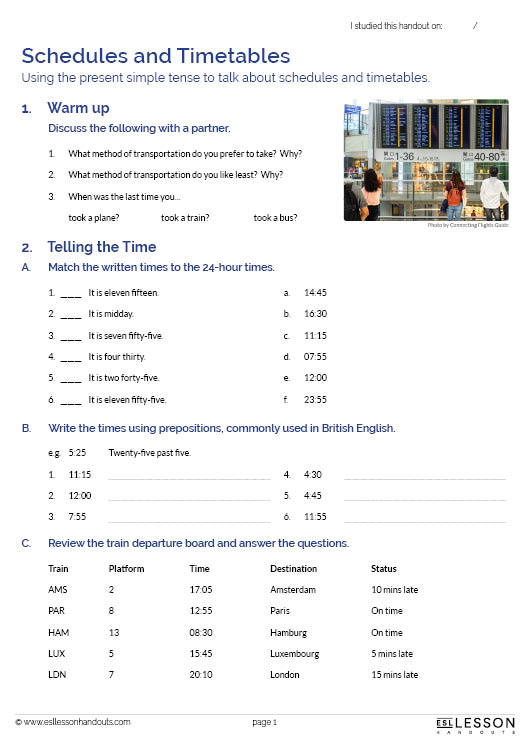