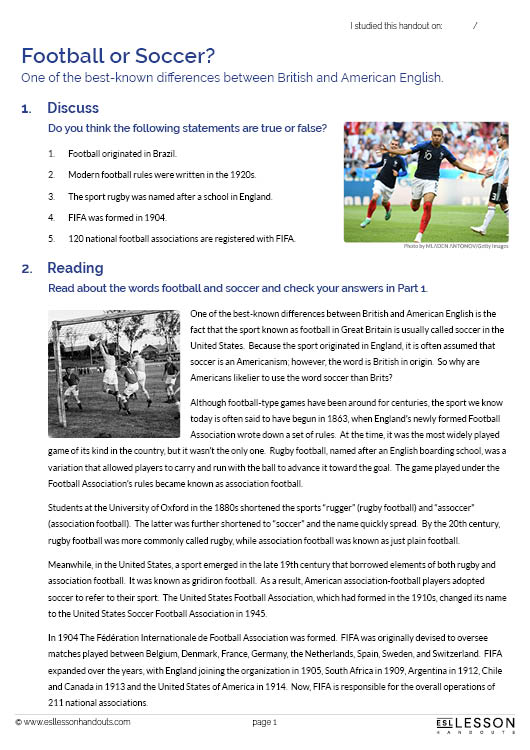 Updated on November 1, 2022
People and places

One of the best-known differences between British and American English is the fact that the sport known as football in Great Britain is usually called soccer in the United States. Students read about the origins of the words football and soccer and take a football trivia audio quiz as well as compare some common differences in vocabulary.

How many times has Brazil won the World Cup?

How many times has Brazil won the World Cup? 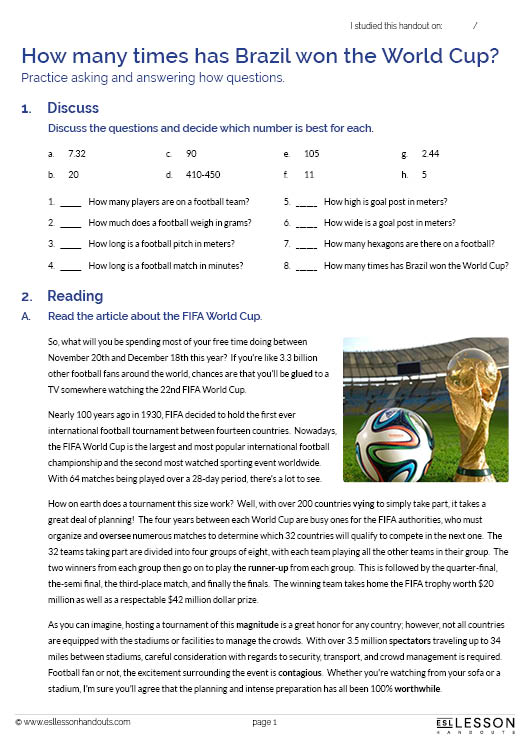 People and placesSeasonal
Students read about the FIFA World Cup and answer a series of comprehension questions based on the text. Students then focus on the construction of ‘how’ questions which are then…

It Must be Halloween Seasonal
Students focus on the use of modal verbs: must, may, might, could, and can’t and how to use them to speculate about things and make deductions. Students are also introduced…

Will vs be going to for Plans and Predictions Daily lifeTravel
Students learn some interesting collocations for free-time activities. They will be able to use ‘will’ and ‘be going to’ to talk about future plans and decisions made in the moment… Daily life
Students will practice using adjectives, words that describe the qualities of something. Some adjectives are gradable which means they can collocate with a variety of adverbs in order to signify… All about the First Conditional Talking about plans and what you will do if plans change using the first conditional. Students discuss different plans they have in the future using will and might and will…

CultureLifestyle
A survey on brand values finds that the majority of Americans now say companies should take a stand on issues, even if they disagree with it.  Researchers wanted to study…

The Odd One Out Game 3 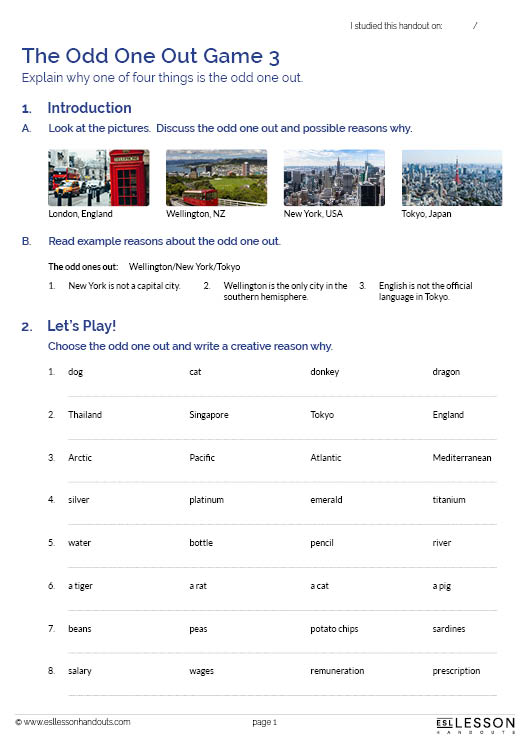 In the Odd One Out activity students work together to decide and explain why one of four things is the odd one out. Higher level students can be creative with…