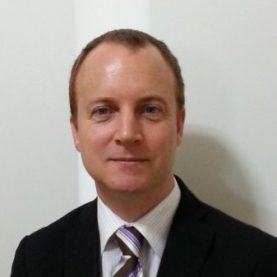 Perhaps the greatest disadvantage of students studying in one-to-one English classes is that they don’t have other students to compete with as they show off their homework, compare how much they understood of the latest lesson or, more commonly, push their level of English in order to win classroom games or activities. Although it’s not as easy and natural as in a group, you can use techniques to make up for this by private students competing against:

Students competing against themselves

This is like a coach timing someone’s sprints and letting them know when they have improved. I usually do this with comments like “Well done, your fluency was much better this time”, but you can also do more systematic versions such as:

You can also set goals for how much students can improve on things outside class, such as what level they should be able to get to on a language learning app by next week or how many times they should speak in their next English-language meeting at work. Collaborate with students to identify and set realistic and attainable goals.

One-to-one students competing against people outside the class

This consists of two techniques:

The most obvious example of the former is giving them language or communication techniques that they will need to do well on a language-learning app such as a vocabulary test or an app that monitors peoples’ pronunciation. The competition with others then comes from reporting back on how much they have moved up the app’s leader board, from the teacher comparing to what they know about students in other classes, or the teacher reporting on their own progress in another language on the same app.

When it comes to using evidence of other people’s skills, the easiest source is videos of other people speaking English. For example, if you can find several videos of IELTS Speaking Part Two monologues, you can watch each vid after your student does the same tasks, eliciting how they are doing with approaching or outstripping those performances with each attempt. Such speaking practice is also useful for non-exam students.

Alex CaseTEFL Contributor
Alex has 25 years' experience as a teacher, teacher trainer, manager, writer and editor in Turkey, Thailand, Spain, Greece, Italy, Korea, the UK and now Japan. He is the author of the "Teaching...: Interactive Classroom Activities" series of e-books on business and exam skills.

Motivating students to achieve their goals